Simplify and Streamline the Process. Confidently Work Hand in Hand with Government

Whether you’re an entrepreneur, university or private-sector firm, we can help you work within the government landscape with efficiency and confidence. Managing political risk is vital for effective corporate governance and business planning. Our government-relations services are designed to help you learn about funding opportunities, create strategic programs and develop legislative strategies. Plus, we help government agencies connect with their communities and stakeholders to support the missions of local, state and federal departments across the country. 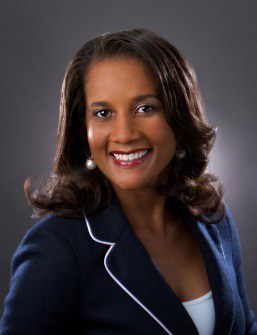 Candace Shiver is an accomplished attorney with over 10 years of professional experience in business advocacy, policy and strategy. From representing corporations at a large national firm in Columbia, to serving in key positions within the Legislative and Executive Branches of the Federal Government, Candace demonstrates a unique understanding of the intersection between Government Relations and Business Development.

As the Senior Director of Business Development of the Jamii Group, Candace plays an integral role in cultivating relationships with key stakeholders to advance business development efforts in public and private sectors. Her internal responsibilities include leading the negotiation of contracts and agreements with all partners and clients.

Candace Shiver is also the CEO of Shiver & Associates, LLC, a strategic legal, government relations, and business development firm based in Columbia, South Carolina, and with offices in Washington, DC. The Firm’s Legal Division advises its business clients in matters of Corporate Law and International Trade, and represents individuals before Federal Government departments and agencies. Its Consulting Division assists and promotes its client’s entry into new markets, both within the U.S. and in foreign nations, and also advocates for its client’s interests before Executive and Legislative Branches of State and Federal Governments.
In 2012, Candace received a Presidential Appointment to serve in the Obama Administration at the U.S. Department of Commerce, Minority Business Development Agency, where, as Senior Advisor to the National Director, she negotiated key strategic internal and external partnerships, and provided pertinent policy advice to enhance the growth and competitiveness of U.S. firms in the domestic and international marketplaces, resulting in increased contract opportunities and job creation. She helped to lead the agency on major internationally-focused, government-wide initiatives such as the Doing Business in Africa Campaign, the Look South Initiative, and collaborated on economic policies to build ties between U.S. minority and Indigenous communities abroad, which included the sharing of best practices with foreign nations under significant bilateral agreements.

Previously serving also in the Bush Administration at the U.S. Department of Justice; on Capitol Hill; and as a lawyer in South Carolina, where she was honored as one of the “top 20 under 40” rising business stars, Candace has successfully navigated a professional career building relationships and coalitions on both sides of the aisle. She offers a bipartisan approach to business advocacy and representation, and draws on her experiences and relationships to help clients navigate complex public and private landscapes, and reach their business goals.

As the Co-Founder and Senior Director of Strategy of the Jamii Group, Isaac is responsible for initiating, directing, and implementing a comprehensive range of strategies to increase revenue and profits of our clients and partners. His internal responsibilities include a leadership role in developing and executing our business strategy and expanding our opportunities though strategic alliances, partnerships, and collaborations.

In that role, Mr. McCoy provided strategic advice and guidance to MBDA’s National Director to achieve the objectives of the Office of Business Development. The Office of Business Development is responsible for developing and implementing innovative solutions to address the challenges faced by minority-owned businesses such as access to capital, contracts, markets and capacity building. He was also responsible for establishing and maintaining positive relationships with MBDA Business Centers, industry partners and stakeholders.

Prior to joining the Obama Administration, Mr. McCoy was the Co-Founder and President/CEO of Urban Mosaic, a non-profit organization providing consulting services and technical assistance in several disciplines to businesses (private and non-profit) and public entities in Illinois, Indiana, Missouri, and Wisconsin.

In previous professional roles, Mr. McCoy served as the senior operations manager for the Illinois African American Coalition for Prevention (ILAACP), a statewide, membership-based charitable organization that strengthens prevention systems, policies, and programs in underserved communities through culturally-relevant research, training, and advocacy. In this position he managed the day-to-day operations for all the ILAACP initiatives.

Prior to joining ILAACP, Mr. McCoy was the Vice President of Operations & Public Affairs at Proviso Leyden Council for Community Action, Inc. where he provided overall direction and guidance for administrative and programmatic activities with the objective of maximizing resources and efficiency. He also provided day-to-day leadership and management to all company operation functions. Over a three-year period, Mr. McCoy led the development team in raising more than $1.5 million in new program-related funds.

Mr. McCoy brings his experience and passion to serve his community through his participation on several boards and committees. He was appointed to serve on the State of Illinoi’s Charitable Trust Stabilization Committee (confirmed by the IL State Senate) and the Advisory Committee for the Cook County Medical Examiner’s Office (confirmed by Cook County Board of Commissioners). He is a board member of the 100 Black Men of Chicago, New Path Transformation Foundation, Inc., and an advisory board member for Cultiva International Education Solutions and Goodcity Chicago. Isaac holds a bachelor’s degree in Community Health with a concentration in Health Administration and Planning from the University of Illinois at Urbana-Champaign and a master’s degree in Public Service Management with a concentration in Public Policy from DePaul University.

For more than six years at the U.S. Department of Commerce in Washington, D.C., Demetria served as a policy analyst and White House Political Appointee in the Administration of President Barack Obama. Aligned with the Obama Administration’s focus on inclusive innovation, Demetria built a new program designed to connect STEM-oriented minority-owned companies with the immense science and technology resources located in the federal government.

As lead innovation policy analyst at the Commerce Department’s Minority Business Development Agency (MBDA), Demetria spearheaded a cross-agency collaboration to support the growth of minority-owned business with a revenue of $1M or more. She supported several White House initiatives focused on the Commerce Department’s business development efforts, and shaped policy creation and the formulation of key partnerships with a range of national stakeholders. Demetria also oversaw the evaluation process for the Agency’s $13M grant program, a direct-funding vehicle used to operate MBDA’s network of 40+ business centers nationwide.

In 2015, Demetria was appointed Senior Advisor for Policy and Inclusive Innovation at MBDA. She conceived, designed, and scaled up a revolutionary program that connected STEM-oriented businesses and young entrepreneurs to a vital, historic aspect of America’s business development stream: high-quality scientific expertise and quantitative testing and research that aids the commercialization of technological discoveries born in the nation’s 300+ federal laboratories. Known as Tech Transfer or “T2,” the process of connecting private companies to Federally-developed science and technologies is a time-tested feature of the nation’s economic growth during the past century, resulting in major commercial products such as GPS and mobile phones.

Demetria recognized the importance of opening the T2 process to a wider array of minority entrepreneurs. She formed intra-agency relationships across the Federal space, including with scientists and administrators at NASA and the National Institute of Standards and Technology, designed the protocols for locating and vetting academic partners including Historically-Black Colleges and Universities. With the support of former U.S. Commerce Secretary Penny Pritzker, Demetria built the program, and branded it the Inclusive Innovation Initiative (I-3).

Prior to joining the Obama Administration, Demetria, a Chicago native, served as an academic advisor at the African American Academic Network at the University of Illinois, where she helped first generation/low-income students achieve college completion, and successfully transition into the working world.

Demetria is also Founder and President of UrbanCycle, a social impact real estate incubator she created to combat urban development barriers in her home of Chicago. UrbanCycle empowers social entrepreneurs and innovators by matching them with social impact real estate developers, and quarterbacking partnerships to the finish line: Developing sustainable, equitable real estate projects that improve the quality of life in underserved areas.
Demetria holds a Bachelor’s Degree in Sociology from the University of Illinois at Urbana-Champaign. She also earned a Master’s Degree in Sustainable Urban Planning, which she received from George Washington University. In 2016, she was selected to participate in the Social Impact Investing Program at University of Oxford. Demetria currently resides in Washington, DC.